As far back as I could remember I struggled with this addiction. I remember going to a family friend’s house and a friend of mine said he had something to show me. I was curious to know what it was, he told me to follow him up the stairs into his older brother’s bedroom. He sat down next to the small television and took out a VHS tape from a cupboard. He inserted the videotape into the VCR and on came a porn scene. I was shocked and thrilled at the same time. I was intrigued by what was going on in the movie. I remember me and my friend looking at each other, smiling and fascinated by what we were seeing. We watched it for as long as we could until we heard someone outside the door. My friend quickly took the tape out and hid the evidence. I also remember the same friend coming over to our house and we would go through my older brother’s bodybuilding magazines and lust over the women we came across. 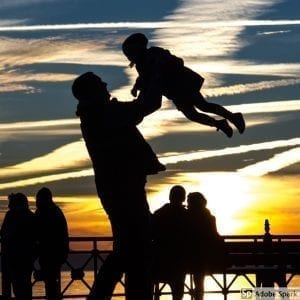 I felt that I had found what I was looking for, an escape from my troubled childhood. Now I had something to take me away from the domestic violence at home, my angry father, my fragile and anxious mother. Then came the era of the Internet. This was a whole new way of life! Now I could see whatever I wanted and whenever I wanted. I remember looking at images and videos in the 90’s; we had to wait for hours or even days for the content to download. Porn became a drug for me. Without me knowing I was an addict and was consumed by it. I would feel shame and guilt from acting out but a lot of my peers seemed to be involved in the same habits and then I joined a group of friends who would watch DVDs openly, we would watch it at each other’s houses in the privacy of our bedrooms. All this started to make me feel comfortable with this addiction; I thought this was the norm and that everyone does it, not knowing that my inner addict was already speaking to me.

Then i started to get religious, I realised that this is haraam. Although i knew it was haraam before and tried to stop, I couldn’t. Now i definitely wanted to stop. I tried so hard, I would last a couple of weeks or months at most but the addiction would always come back, no matter how hard I tried I could not stop. I thought marriage will solve the problem so I got married. The problem went away for a couple of months and then came back with full force. It was starting to cause problems in my marriage and I would use my drug to escape as I did throughout my childhood and teenage years. I started to hate myself; I would act out, feel guilty and make a resolve never to do it again. After a couple of days or weeks I would feel irritable, discontent and the acting in would start. Eventually i would crave my drug and before I knew it, I would be in front of the laptop screen watching pornography. I also noticed that I started to watch more and more explicit material online. The videos i used to watch didn’t satisfy me anymore. This was worrying me and I went into depression. I was prescribed antidepressants but after telling family and friends about it, they convinced me not to take the tablets and I threw them away. I went to my doctor and told him about everything except my porn addiction and they referred me to a psychologist who diagnosed me with generalised anxiety. I received therapy which helped but the addiction was still there. My marriage was breaking apart and I was becoming desperate.

I searched everywhere for help and that’s when I came across this program Alhamdulillah. The insight I received about my addiction was life changing. I realised that acting out was not my problem but was the solution to my problems until it stopped working. The program helped me see life from a different angle. I realised the problem was not out there. It was not the acting out, it was the acting in. It was my own shortcomings, my negative outlook on life, my fears, my conditioning, and my connection with Allah that kept me in the chains of addiction.

I had to let go of my old self and develop a new way of life. I started to work the stages, built a network of recovery and started to take care of my mental and spiritual health. Through the program i was able to get closer to Allah, I was able to trust Him and realise He swt was not out there to get me. In fact He The Most Merciful of those who show mercy wanted me to turn to Him, rely on Him, and surrender to Him Azza Wajjal. As Allah mentions in the Quran: “And Allah desires that He should turn to you (mercifully), and those who follow (their) lusts desire that you should deviate (with) a great deviation” (4:27). I came to that point where i could walk around freely knowing that Allah has taken care of me, he is taking care of me and always will. I let stopped trying to quit this addiction on my own and handed myself over to Him to keep me clean and free.

Today I can say I am a sober and happy man. My marriage is back on track, intimacy with my spouse is the best it’s ever been and I try to keep connected to Allah throughout my day. I believe this addiction has been a blessing in disguise for me as it has brought me closer to my Creator and what more can one ask for in this world. “Verily, in the remembrance of Allah do hearts find rest.” (Quran 13:28)

One thought on “Abdul Ahad’s Story”