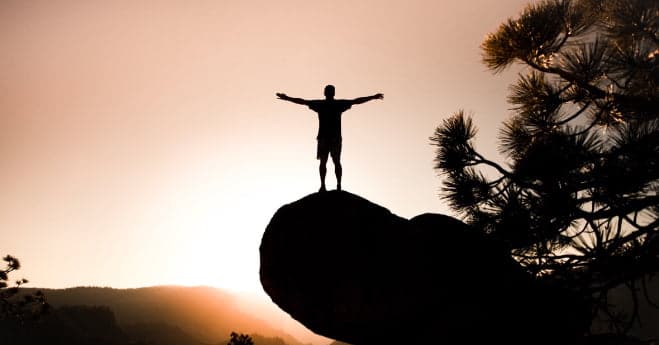 So I was sitting in the living room one night watching WCW nitro. I think Kevin Nash was fighting Rey Mysterio. I used to love watching wrestling all by myself, it made me feel like a grown up, it was my escape. After wrestling finished I decided to look around to see other channels and that’s when I came across pornography. I was shocked. I was thinking how can such explicit content be played on cable but I guess that’s how things were in the 90’s. Not enough restrictions and technology was limited. That was my first experience with pornography and I thought I would never watch it again. Then I was given my own room along with a television. This opened up many different avenues. Every weekend, there would be adult movies playing on national television! I became more intrigued and excited by what I was seeing and slowly but surely I was addicted. At the time I didn’t realise but now I know, I was truly addicted.

Over the next 10-15 years I was doing okay with the addiction or at least I thought I was. Then came a time where acting out stopped working for me. I started to experience a great deal of shame and guilt. I probably always felt this shame when acting out or after acting out but I was good at covering up my feelings when I was younger so I would forget about it and carry on with my life. There came a point where the pain became greater than the relief. The hole inside me started to get bigger and bigger. I felt empty, worthless and inadequate. It’s as if my manhood was taken away from me every time I would act out. I was good at stopping but could not stay stopped. The harder I tried, the more the addiction grew. It’s as if I was going through a process of ego deflation. I was getting the message that I cannot stop, I am hopeless over this addiction and my life and that I have to accept total defeat. I felt as if Allah was telling me to rely on Him and not myself to recover.

Looking back at my past I realised I had too much dependence upon people and basically the creation more than the Creator Himself. This was my problem; I was trying to micro manage my life and be in charge. I said I believed in Allah and that all of my affairs are in His hands but my actions where showing otherwise. In the My Tazkiyah program I learned that nothing was in my control and that ALLAH is in charge.

Everything is in Allah’s hands so why do I still go crazy when something goes wrong. Why do I struggle every time my will is not fulfilled? It is because I have not truly surrendered to Allah and this is why I need a recovery program, a support network that will keep me on the straight path. I need people in my life who are struggling with the same addiction as me, have the same problems as me and have the solution to my problems. The life I live today is a life with Allah. The program helps me to keep connected and close to As-salaam (The Ultimate Provider of Peace).

"Good things come out of our deepest wounds"

By continuing to use the site, you agree to the use of cookies. more information